Legal Age of Marriage in Pakistan is 16 Years For Girls BUT?

Legal Age of Marriage is 16 in Pakistan, BUT...

In the Sindh Province

The Sindh Assembly unanimously passed the Sindh Child Marriage Restraint Act in 2014, raising the legal marriage age for boys and girls to 18 years old. In addition, the act was made a punishable offense. Contracting a child marriage by a man over the age of 18 could now result in a three-year prison term. It is also possible for men who solemnize an underage marriage to be jailed for two to three years. For failing to prevent the marriage, even the parents or guardians can be prosecuted. However, no one could be punished under this law as the Sindh High Court does not recognize this law as constitutional.

In the Province of Punjab

This bill would have raised the marriage age to 18 in Khyber Pakhtunkhwa, but was not passed in 2016. Thus the legal age of marriage in the KPK province in 16 years for a girl.

Child Marriage Restraint Act 1929 is still in effect in Balochistan, hence the legal age of marriage is 16 for a girl and 18 for a boy..

At the National Level

A bill was introduced in 2017 by Senator Sehar Kamran to increase the minimum age for girls to marry from 16 to 18. The bill, however, was struck down by a standing committee led by PPP member Rehman Malik. Following this, the bill was referred to the Council of Islamic Ideology, which is still reviewing it.

The chairman of the CII announced in 2018 that a nikah can be performed at any age, but rukhsati can only be performed after the age of 18. However, Islamabad High Court has passed the law, which requires serious consideration.

Obligations of Pakistan on the international scene

Since 1990, Pakistan has ratified the Convention on the Rights of the Child, which sets 18 as the minimum age for marriage.

On March 01, 2022, the Islamabad High Court made a major announcement regarding the legal age for marriage, declaring that 16-year-olds are no longer eligible to marry. An announcement about the case was made during a hearing involving Sawera Falak Sher, a 16-year-old girl who was allegedly kidnapped and married in May 2021.

Babar Sattar, the judge who heard the case, ruled that girls under the age of 18 cannot marry themselves or be forced to marry by their parents. Further, he stated that the legal marriage age is 18  and ordered the police to transfer Sawera to  Golra Darul Aman.
Moreover, the court ordered Darul Aman’s administrator to permit Sawera’s mother to meet her daughter under the administrator’s supervision.
“Physical changes do not imply maturity,”  the Judge said.
Also, it has been suggested the Muslim ordinance should clarify the minimum marriage age is 18 years old. 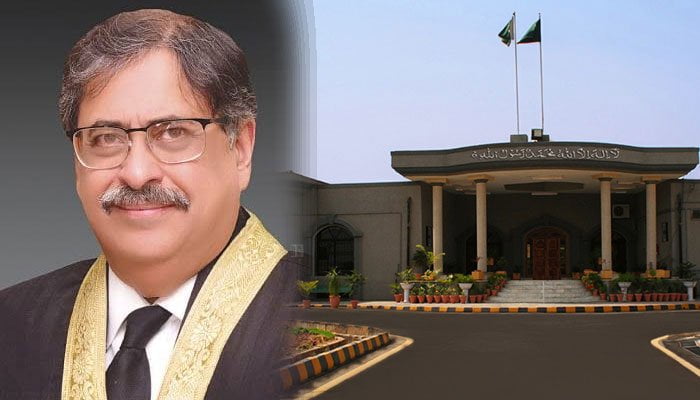 How old must a girl be to marry now?

In the Federal capital and Sindh province of Pakistan, now the minimum age for marriage has been set to 18 years for both, the female and the male. As per Pakistani law, in Islamabad, if a boy or a girl who doesn’t meet this eligibility criterion will be considered illegally married. In Sindh province, however, Sindh High Court allows 16 years old girl as adult and allowed to marry. However, if you have such age problem, please contact us or visit our offices in Islamabad, Karachi or Lahore, and we will help you by providing free legal advice.

We, from the platform of Right Law Associates, are 24/7 available to our valuable clients for any legal assistance and advice. If you’re looking for expert legal consultants to discuss your legal issues such as Marital issues, then please contact us at 0302-6644789. We’re looking forward to assisting you.